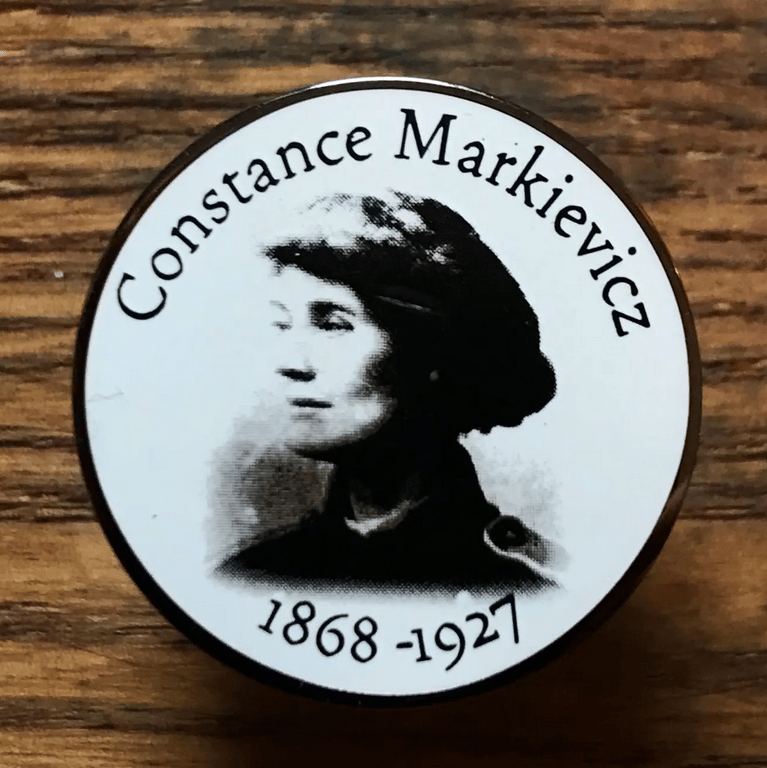 Constance Markievicz was a leading Irish revolutionary, feminist and socialist in the early 20th century. A member of the Irish Citizen Army, she was a veteran of the 1916 Rising. Sentenced to death after the Rising this was later commuted to a prison term. Released in 1917 she became the first woman elected to the House of Commons in the 1918 Election. Refusing to take her seat she became the Minister for Labour in the First Dail. She opposed the Treaty and during the Civil War was imprisoned for her opposition to the Free State Government. She died in 1927.