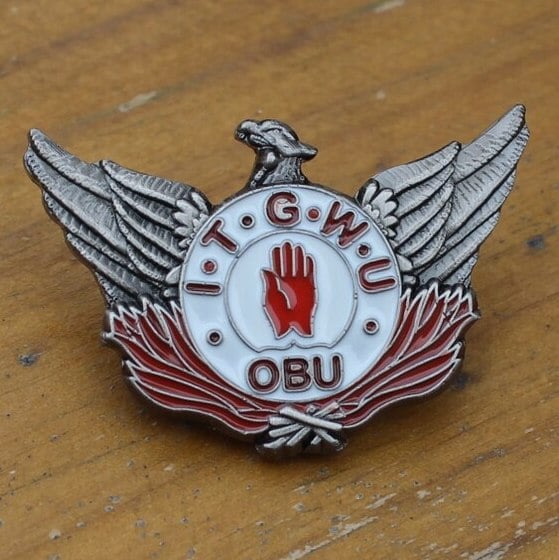 This metal pin of the Irish Transport and General Workers Union (ITGWU). The trade union played a central role in the Irish Revolution. Lead by Big Jim Larkin the union faced off against Dublin employers during the bitter 1913 Lockout. Despite being defeated it reemerged as a major force by 1916. Over the following five years it organised dozens of strikes most notably the munitions strike of 1920 where workers refuse to handle or transport military equipment or soldiers.

The letters O.B.U. (One Big Union) refer to the union's commitment to syndicalism - the belief that all workers should be organised unto one union rather than several smaller unions.