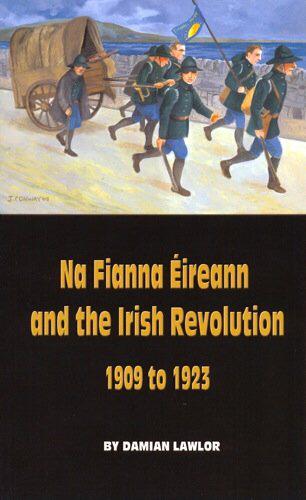 Na Fianna Éireann was founded on August 16th 1909 in an old run down hall at 34 Lower Camden Street. A committee which included Countess Markievicz and Bulmer Hobson had called the meeting in order to recruit boys in Dublin to a new nationalist body. The hundred or so boys who attended determined to create an organisation which would offer a suitable alternative to the growing Baden-Powell 'Boy Scout' movement. What developed over the next fourteen years was a veritable boy's army which played a crucial role in the Irish Revolution. Lawlor's book tells the history of the group, charting its growth and development from 1909 to 1923 - from that first meeting of 100 to a national organisation with over 30,000 members spread throughout Ireland's 32 counties, detailing the launch and growth of the Irish Volunteers; Howth and Kilcoole gun running operations; involvement in the 1916 Rising; participation in the 'Tan War'.