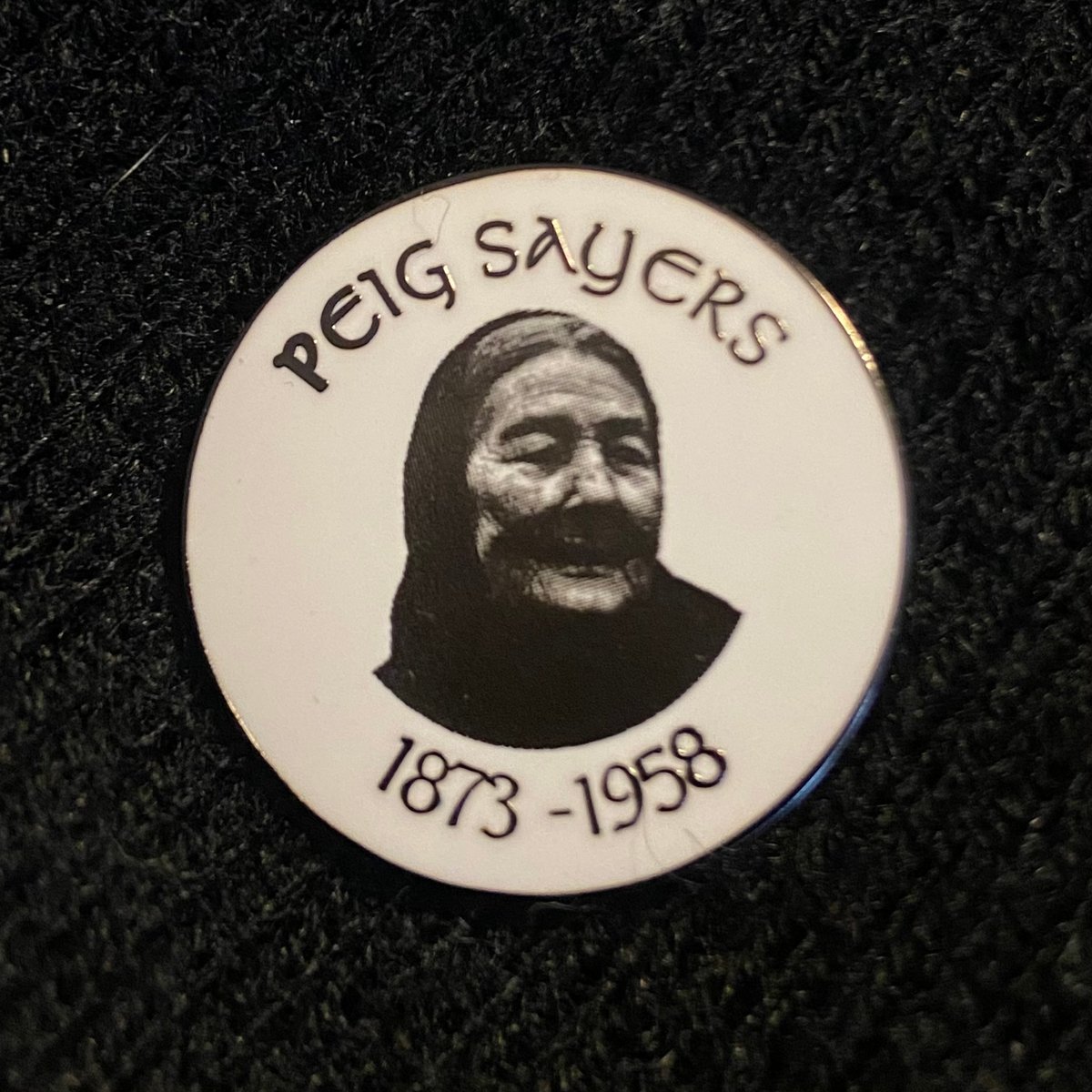 Peig Sayers was born in Dunquin Co Kerry in 1873. After marrying Peats ‘Flint’ Ó Gaoithín a native of the Blasket Islands in 1892 she moved to the Great Blasket where she spent several decades until the island evacuated in 1940s. Peig rose to prominence in the island community as a storyteller and folklorist. She also gained a national and an international reputation from scholars who visited the island in the early 20th century. Her autobiographical account of her own life entitled ‘Peig’ provided a rare glimpse into island life in its twilight years. An iconic figure in the Irish language movement, Peig’s life is covered in this two part podcast series https//irishhistorypodcast.ie/category/the-life-of-peig-sayers/

The badge is cast from enamel and metal.