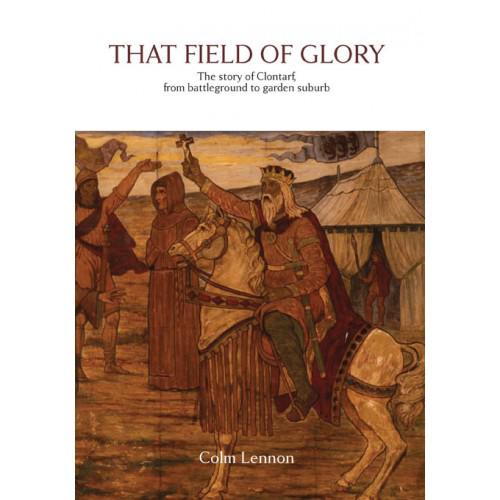 That Field of Glory: The story of Clontarf, from battleground to garden suburb

That field of glory tells the story of Clontarf, beginning with the events of 1014 and the subsequent passage into legend of the Irish king, Brian Boru, who died at the battle.

The succeeding ages have seen the growth of Clontarf as a manor and fishing port under the ownership of a number of proprietors, ranging from crusading knights to gentry landlords. In order to understand the character of the district in the present day, with its distinctive atmosphere and architecture, for example, it is necessary to trace its evolution through these various stages, from medieval manor through early modern estate to modern suburb, these latter two phases being largely under the auspices of the Vernon family, whose tenure as lords of Clontarf lasted 300 years. Colm Lennon MRIA retired from the Department of History in NUI Maynooth in 2010.