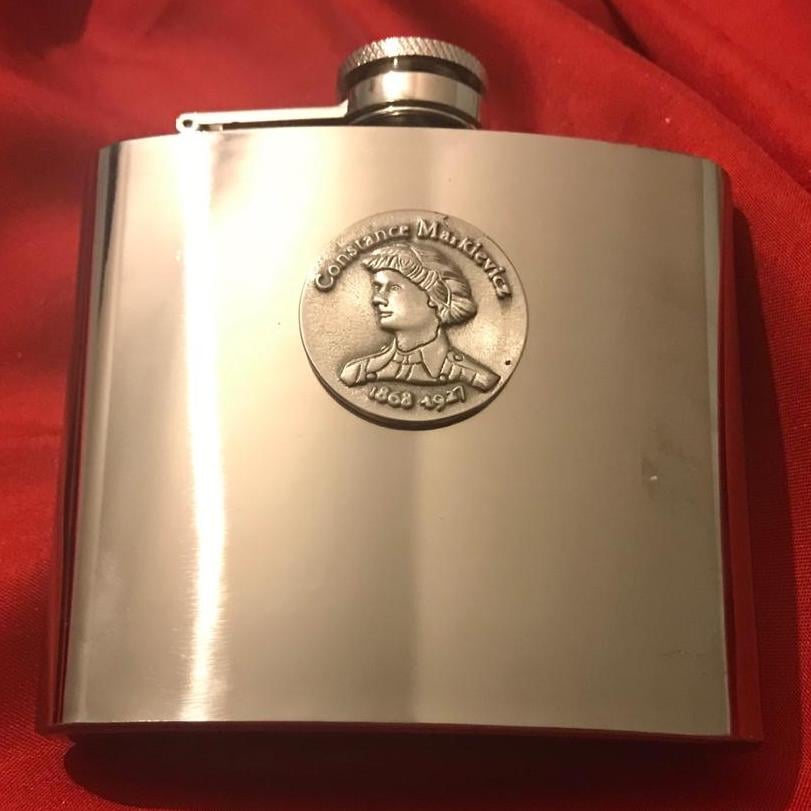 This unique pewter hip flask depicts depicts the Irish revolutionary Constance Markievicz. A feminist icon, Markievicz was also a committed republican and socialist. Having played a leading figure in the 1916 Rising, she was the only woman sentenced to death in the aftermath of the revolt. Although granted a reprieve she was sentenced to life in prison. In 1917 she was released under an amnesty and became the first woman elected to the House of Commons when she won a seat in the 1918 Election.

The hipflask is faced with a relief of Markievicz, her name along with the year she was born and the year she died. Made in Ireland, the pocket watch is crafted from pewter in Mullingar.