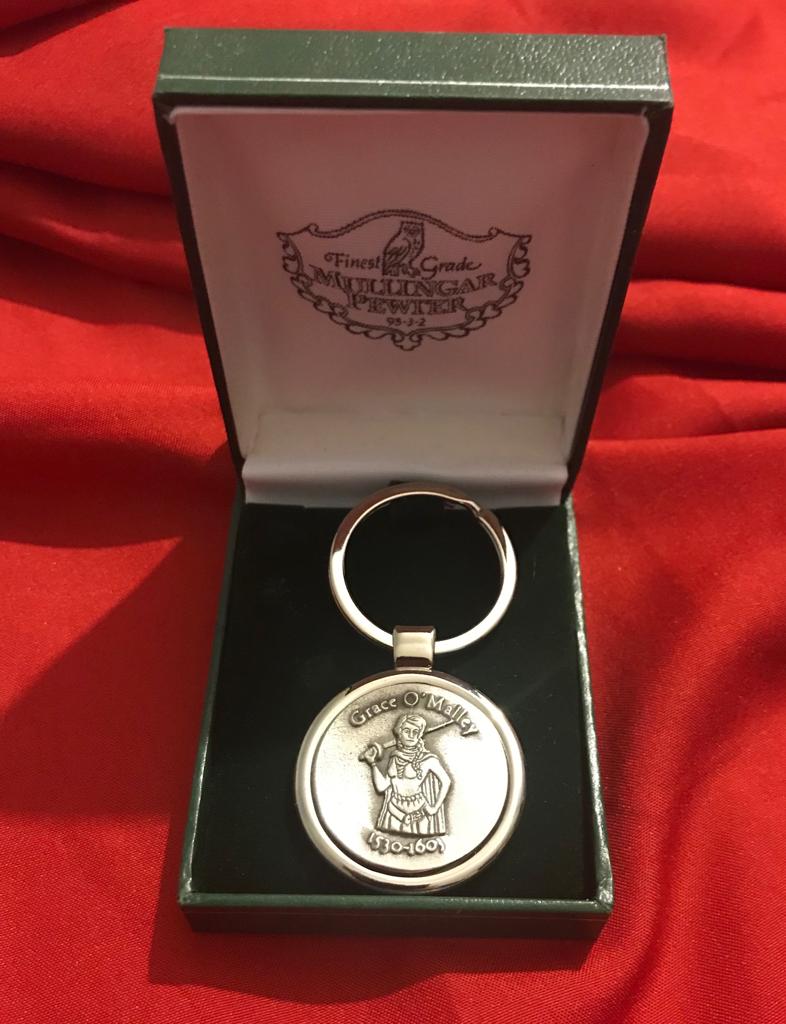 This unique pewter keyring depicts an iconic figure in Irish history - the 16th century Gaelic Irish leader and pirate Queen Grace O'Malley. Known as Grainne Mhaol or Granuaile she was born c.1530 and emerged as a powerful Gaelic figure in her own right after the death of her husband. The late 16th century was a time of great upheaval in Ireland however O'Malley possessed both the political acumen and military skill to survive in this turbulent world. She met with Queen Elizabeth I in London but was also more than able to negotiate the often violent realities of life in Ireland in the late 16th century.

The pewter key ring is faced with a relief of O'Malley by the Irish artist Ciaraioch. Above the image is her name along with the year she was born and the year she died. Made in Ireland, the flask is crafted from pewter in Mullingar.