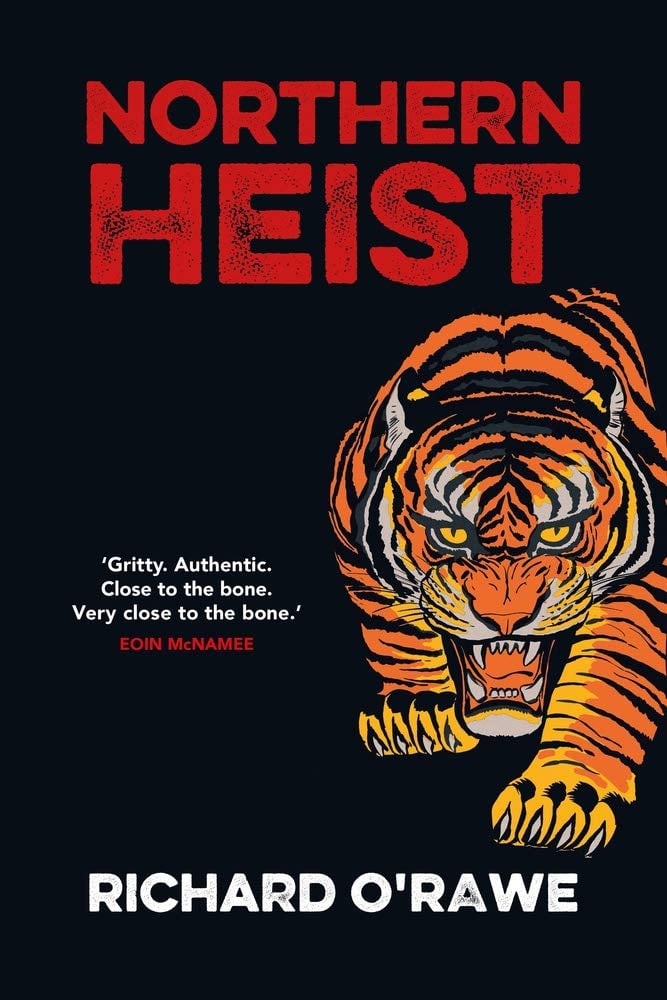 In Richard O’Rawe’s stunning debut novel, as audacious and well executed as Ructions’ plan to rob the National Bank itself, a new voice in Irish fiction has been unleashed that will shock, surprise and thrill as he takes you on a white-knuckle ride through Belfast’s criminal underbelly. Enter the deadly world of tiger kidnappings, kangaroo courts, money laundering, drug deals and double-crosses. Northern Heist is a roller-coaster bank robbery thriller with twists and turns from beginning to end.