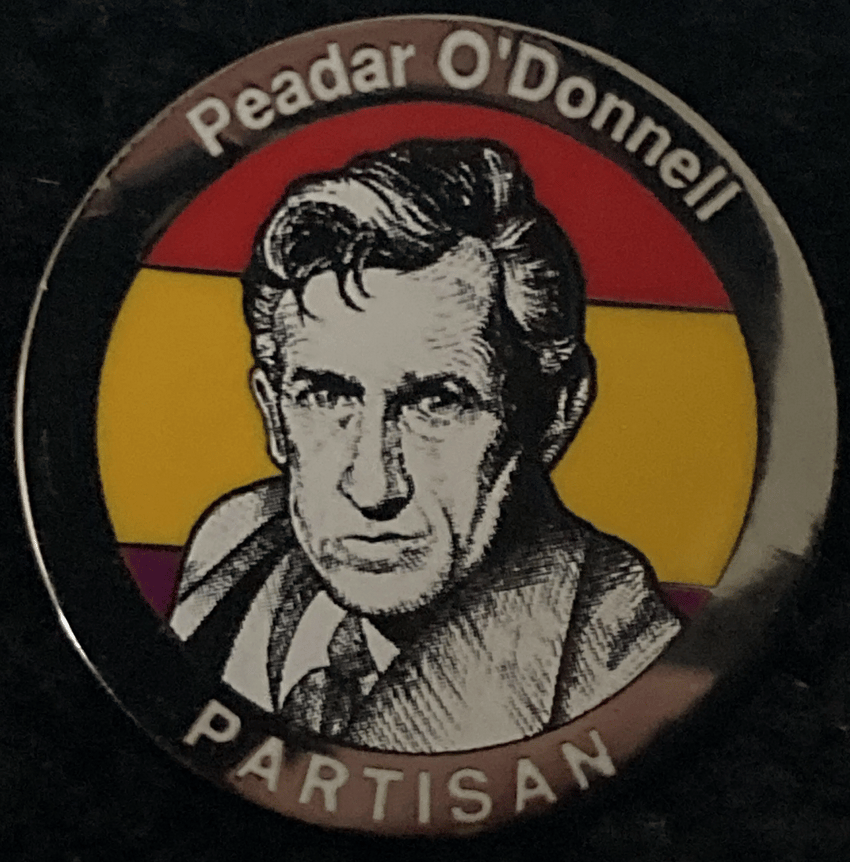 An enamel badge celebrating the life of the republican socialist Peadar O’Donnell. Born in Donegal in 1893, O'Donnell was a trade union organiser and member of the IRA in the north west. After the War of Independence he opposed the treaty and was imprisoned during the Civil War. He remained an active republican through the 1920s and 30s. He played a prominent role in mobilising Irish people to fight against fascism in the Spanish Civil War. He is featured in the series Partisans. https://irishhistorypodcast.ie/category/podcast/partisans/