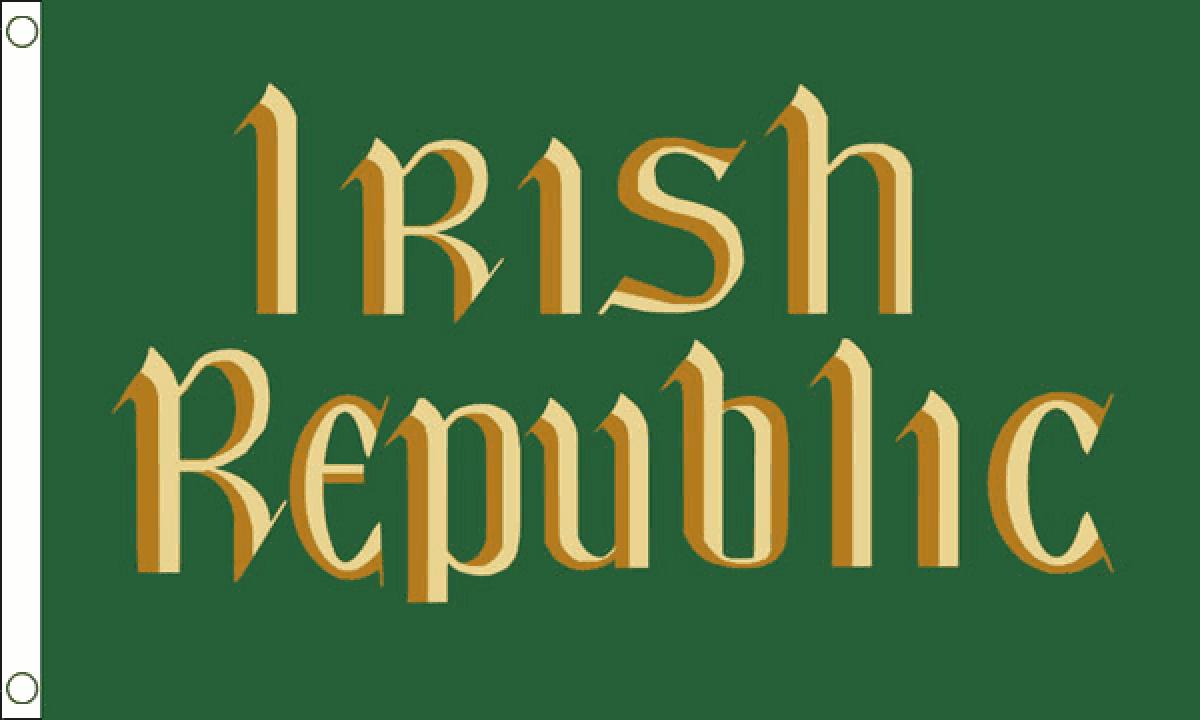 The Flag of the Irish Republic

The first flag raised over Dublin’s General Post Office on Easter Monday morning 1916 was a green flag bearing the inscription ‘Irish Republic’, which was painted on in white with shading painted in yellow.

A clear photograph of the flag fluttering above the GPO is in the possession of National Museum of Ireland, having been taken by a guest of the Metropole Hotel, which was located only a matter of yards away. It shows a very tall flag pole located along the edge of the GPO’s roof, with the outline of Nelson’s Column in the background.

One of those tasked to put up the flag says it was hoisted immediately upon occupation of the building, while the national flag was in place by 12.30pm. The act of raising these symbols of the Irish Republic was met with loud cheers from the holiday crowd still milling around O’Connell Street.

There are a couple of competing stories as to the manufacture of the flag. One account tells how the flag was ordered by AP Reynolds of Fianna Éireann from Fry’s poplin factory on Cork Street in Dublin’s south inner city. This story claims that lettering for the flag was painted by one Theobald Wolfe Tone Fitzgerald from nearby Brunswick Street. The story claims that the flag hung in place on a bedroom wall at Countess Markievicz’s Surrey House for almost a week before being brought to Liberty Hall a few days before the Rising.