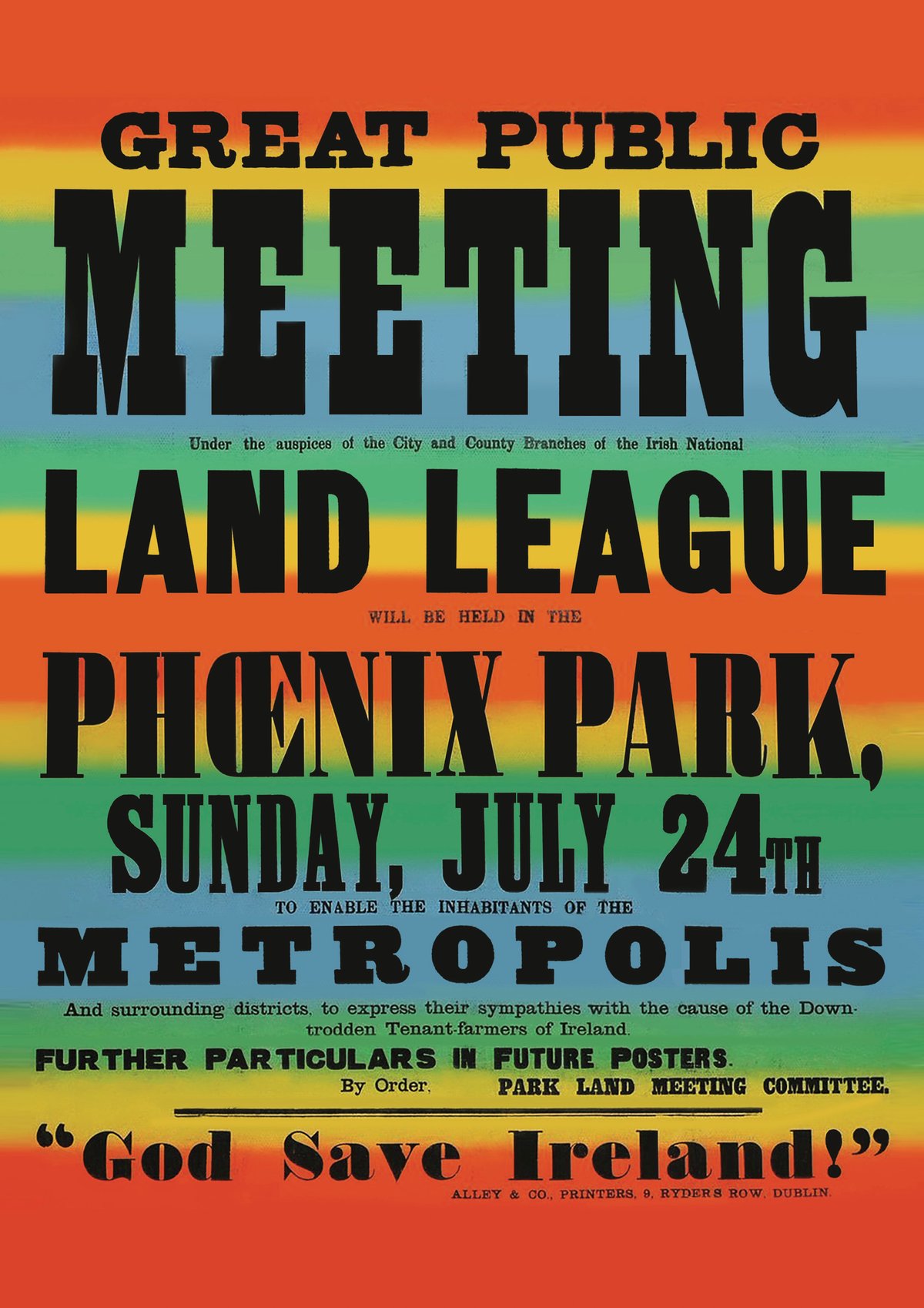 Whilst it looks profoundly modern this poster was first published in 1881. When famine threatened Ireland in 1879 landlords threatened to evict thousands of tenants. Fearing a repeat of the Great Hunger tenants organised into what became known as the Land League. This resulted in three years of social conflict. This poster was produced at the height of the Land War in 1881. While the most intense conflict took place in the west this eye catching poster publicised a meeting in the Phoenix Park, Dublin to build support among those living in the capital city.