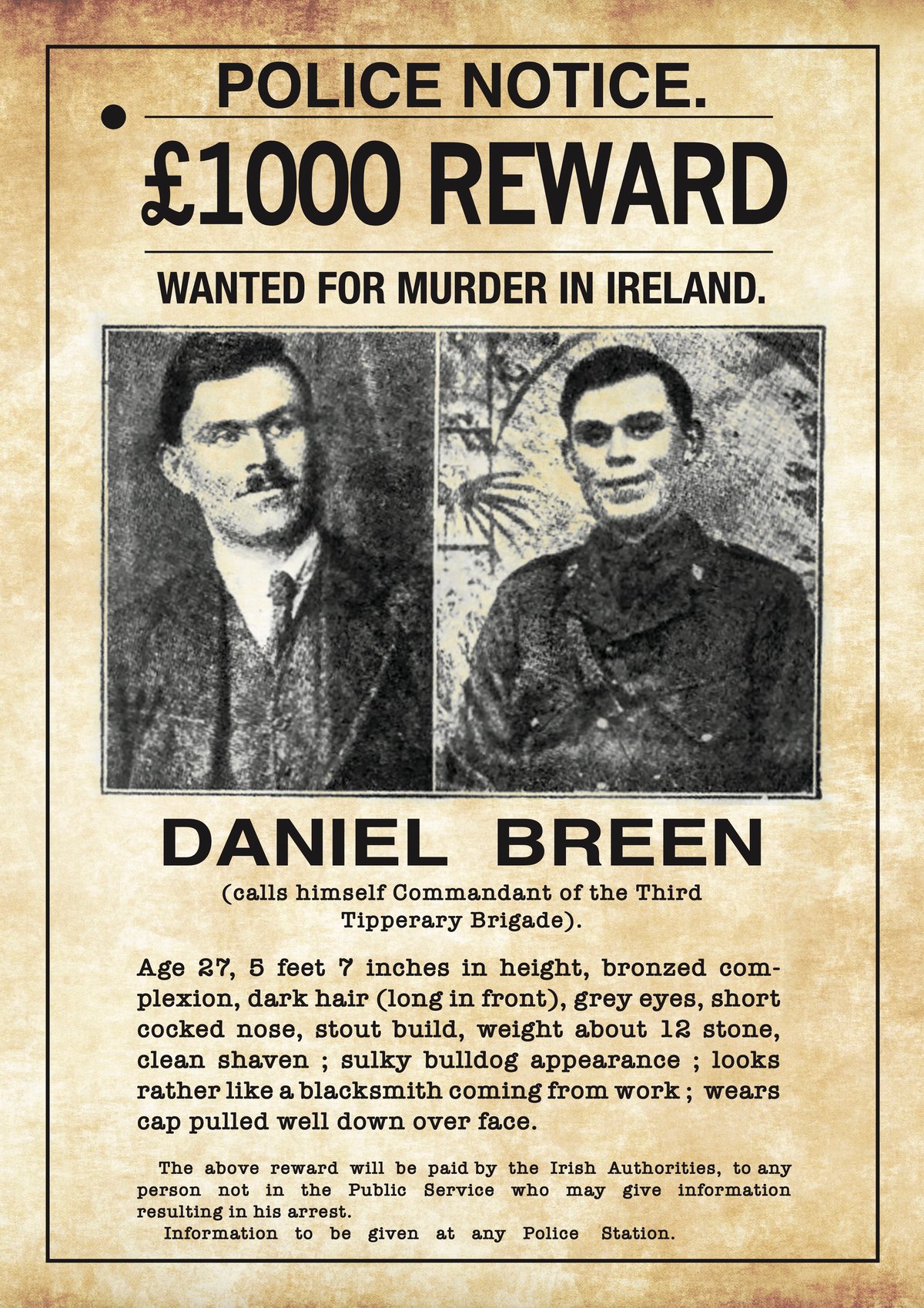 After playing a central role in the Soloheadbeg Ambush (often considered the opening shots of the War of Independence) Dan Breen would go to become one of the most well known IRA volunteers.

Born in 1894, Breen was a member of the Irish Republican Brotherhood and Irish Volunteers before World War I. After the Soloheadbeg Ambush he became one of the most wanted people in Ireland. As the poster indicates the authorities offered £1,000 for information leading to his capture.

Despite this he played a pivotal role in the Knocklong Ambush where he was seriously wounded. In late 1919, he was involved in several attempts to kill the Viceroy of Ireland Field Marshall John French. Breen sustained another injury in the Ashtown Ambush in December 1919, where the IRA came within seconds of killing French.

He was again severely wounded in late 1920 when the house he and Sean Treacy were staying in was raided by Crown Forces. Breen opposed the Anglo Irish Treaty and fought in the Civil War. After being captured he was imprisoned in Limerick and Mountjoy Jail. After his release, he published what became a famous memoir of the war 'My Fight for Irish Freedom' in 1924.

Elected to the Dail on multiple occasions for Fianna Fail, he retired in 1965. He died in 1969.