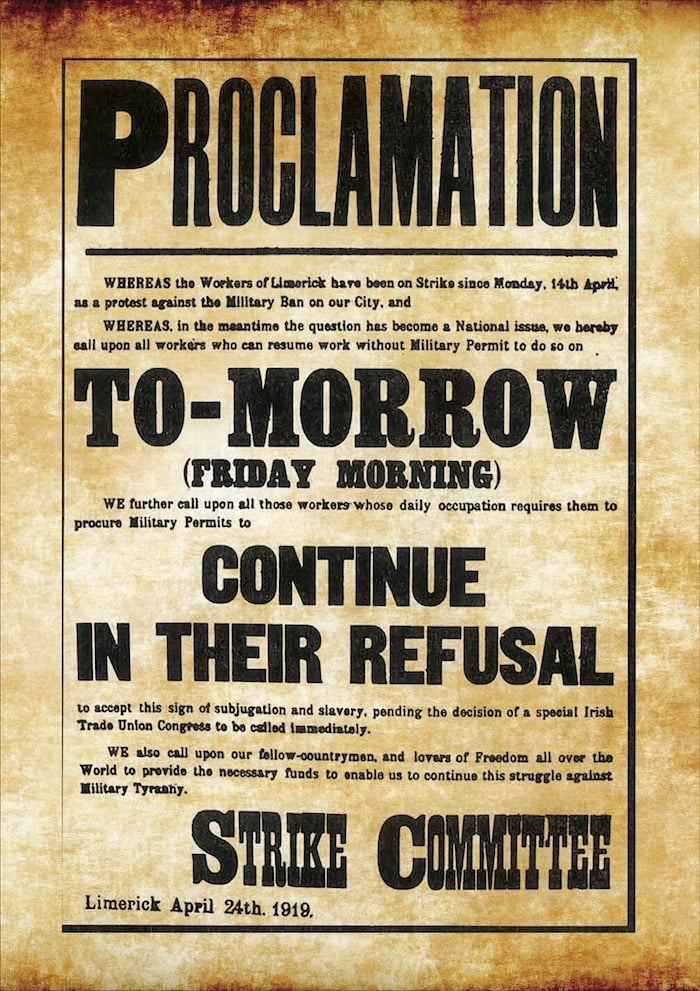 The Limerick Soviet was a key moment in the War of Independence. In April 1919 Limerick was effectively besieged by the British Army after an attempt to free a local IRA leader and trade unionist Robert Byrne resulted in his death and the death of a policeman constable. The army formed a cordon around Limerick in advance of Robert Byrne’s funeral and only those with a permit were allowed to leave or enter the city.

On April 14th trade unions in Limerick called a general strike against British Militarism. In the following days the strike committee took over the running of the city in events that were labeled by the press as the Limerick Soviet. These events will be the focus of episode 6 in the War of Independence series. The original of this A3 poster was published by the Strike Committee towards the end of the strike calling on workers unaffected by the military cordon around the city to return to work.